The funnel feature is built for customer event data. If you have your user behavior data in your database such as pageview, add_to_basket or transaction, you can create use funnel feature in order to calculate metrics such as cart abandonment rate (i.e. people who added an item to their basket but didn't make any purchase).

In the funnel page, we have steps that represent the events done by the users. Please note that only the models that have eventTimestamp and userId mapping dimensions will be here because we need the unique user identifier and the time of the event in order to be able to accurately calculate the funnel.

If you don't select the dimension in the funnel page, you will only see one row in your table and one series in the chart and the single series & row represents all the users completed the steps. In some cases, you may want to compare different user segments by drilling into the funnel by comparing different values across one dimension such as the gender or location of the user. For example; if your male users are converting much less than the females, you usually need to personalize your pages for your male users in order to be able to convert them.

By default, we analyze all the events done by the individual users in a funnel but in some cases, you may want to calculate the funnel within a single session or the device id so you can use different dimensions as holding constant.

If you want your funnel to be calculated within a limited time period, you can use the window feature. For example, if you select 1 hour, the users will be counted as converted if the duration in between the step events is less than 1 hour. 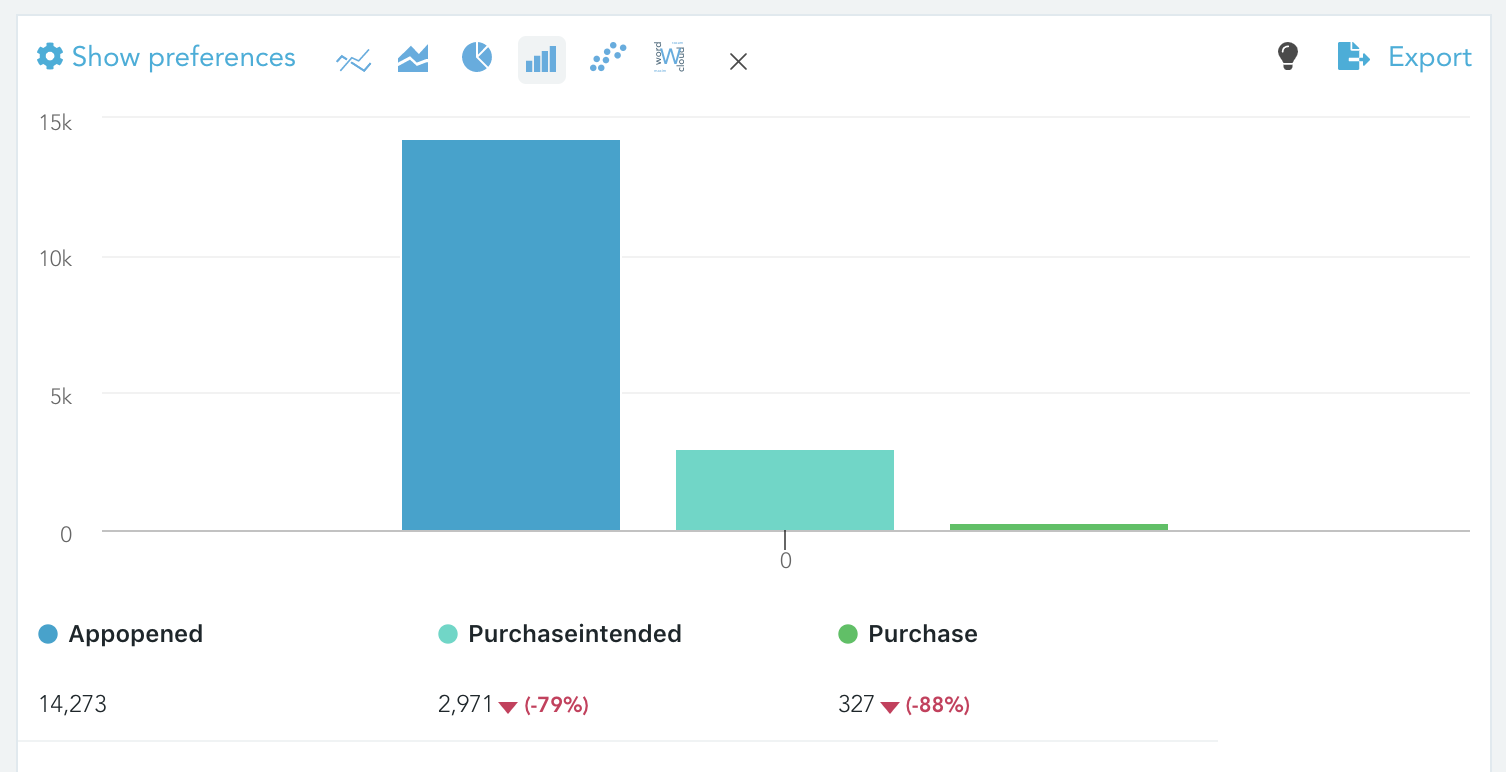 SQL: If you're technical, you can click Export to SQL under the menu Export and see the underlying SQL query of the report.
Export data: You may wish to export the data as CSV or download the image of the chart. We limit the rows when running the query and allow you to export all the data in case the count of distinct dimension values is more than 5000.

By default, we cache the data when you run queries in the funnel page so if you run the exact same query twice subsequently, we show you the cached data. You can click the light bulb and force refresh if you wish.